On Monday 23rd June, Succeed was updated with a new licence that exposes two of Succeed’s additional features: Community and Content.

Community will allow panels to be targeted a groups in Succeed, as a simple example the MEQ panel that everybody has been seeing will be visible only to students. The same principle applies to tabs like My Succeed, additional tabs can be added to Succeed and released to particular groups — the challenge here will be obtaining and maintaining the group membership. Expect to see new tabs for Library Resources and Careers in the near future. Community also brings a feature called Organisations, these are similar to modules but provided with the idea of supporting a community of individuals not taking a course. Thus academic content can be keep separate from non-academic — just like there is a My Courses Panel there will be a My Organisations — once we have some organisations set up (this panel is available via Add Panel but currently empty)!

Content exposes all the features of the content system in Succeed. Instead of a Files link in the Control Panel:

There is a Content Collection allowing access to all the courses areas you are an instructor in thus making it easier to move content between different courses (modules) in Succeed. All Organisations also appears here allowing the movement of content between Courses and Organisations. Finally, in this view, there is an area for Institution Content for University level content.

The Content system is also required to use the new ePortfolio’s feature in the next release of Succeed. We are currently evaluating the new release and its new features — watch out for updates. 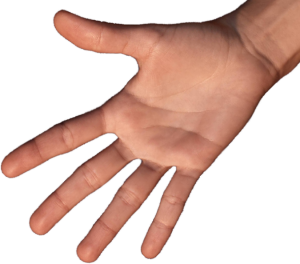 A new training document is now available with 5 tips to help make your succeed module easier for students to navigate, covering:

If you use the Bristol Online Surveys tool you may like to know that the service will be taken offline for essential systems maintenance between the following times:

iParadigms, the company which owns and runs the Turnitin plagiarism detection/awareness-raising package, has been purchased by  Insight Venture Partners, “a leading global private equity firm focused on high-growth investments in the technology sector.” For more details on the deal, please visit this update on the Turnitin web site:

Acquisition of iParadigms for $752 Million Led by Insight Venture Partners

Turnitin will be ending support for the Internet Explorer 8 (IE8) web browser at the start of July 2014. After that they will no longer test or fix bugs found only in IE8. The Turnitin service will likely continue to work in IE8, but they can no longer guarantee full functionality for the long term. Turnitin recommend that IE8 users update to IE9 or use another supported industry standard browser such as Firefox, Google Chrome or Safari. Further details are on this page on the Turnitin web site.