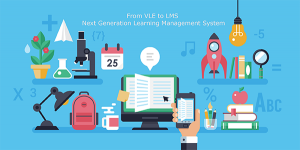 Following the feedback sessions that ran for staff and students in January and February, the University has now gone out to tender for a new VLE (currently Succeed) for implementation for academic year 2017-18.

The interested suppliers will be presenting their solutions to the University as follows:

All staff are invited to attend these sessions – please sign up at https://stirling.onlinesurveys.ac.uk/vle-presentations-2. Student participation is being co-ordinated by the Students’ Union.

In addition, there will be a drop-in session in Training Room 1 in the Library from 10am to 4pm on Monday 10 April where all students and staff are invited to test each of the systems and provide feedback.

The sign-up sheets are now available in Succeed for staff members to sign-up for a VLE Feedback Session.

To book, go to Succeed -> Learning and Development – My Learning -> From VLE to LMS – Digital Learning Environment – Feedback Sessions-> and book into the relevant session.

If you would like to arrange a session specifically for your faculty please contact Sarah Grayston or Kirsteen Young.

Information Services (IS) is beginning a tendering process for the University’s Virtual Learning Environment (VLE) with a view to implementing a new integrated, next generation Learning Management Sysetm (LMS)  in time for Academic Year 2017/2018.

IS is interested to hear colleagues’ views on what a digital learning environment should offer and are keen to hear of positive and negative experiences with the current platform, Succeed/Blackboard.   Over the coming weeks a series of feedback sessions will be held, and academic and support staff are invited to attend these to share their views. The sessions will be arranged with each faculty and colleagues will receive further details on times and locations when these have been confirmed. 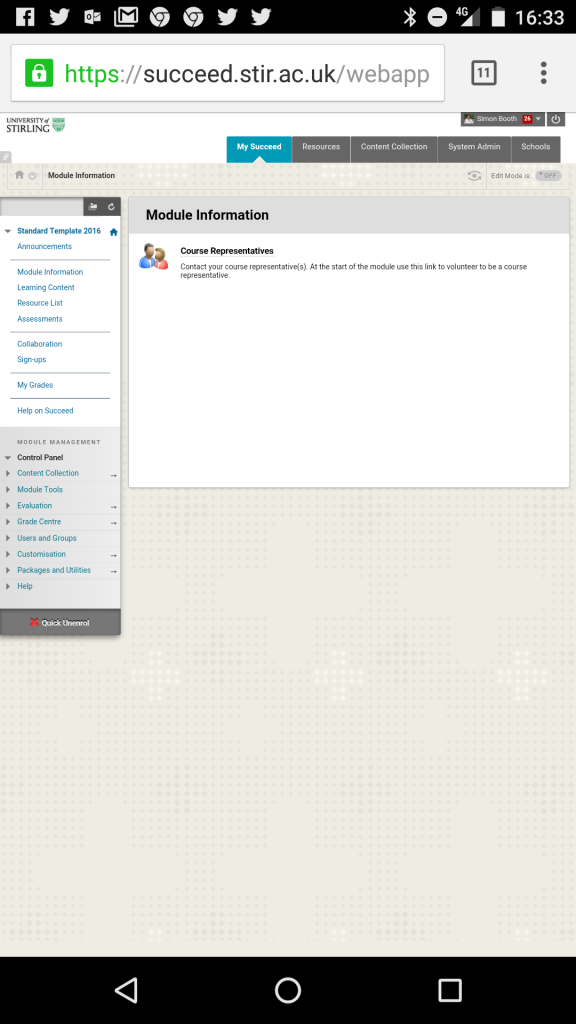 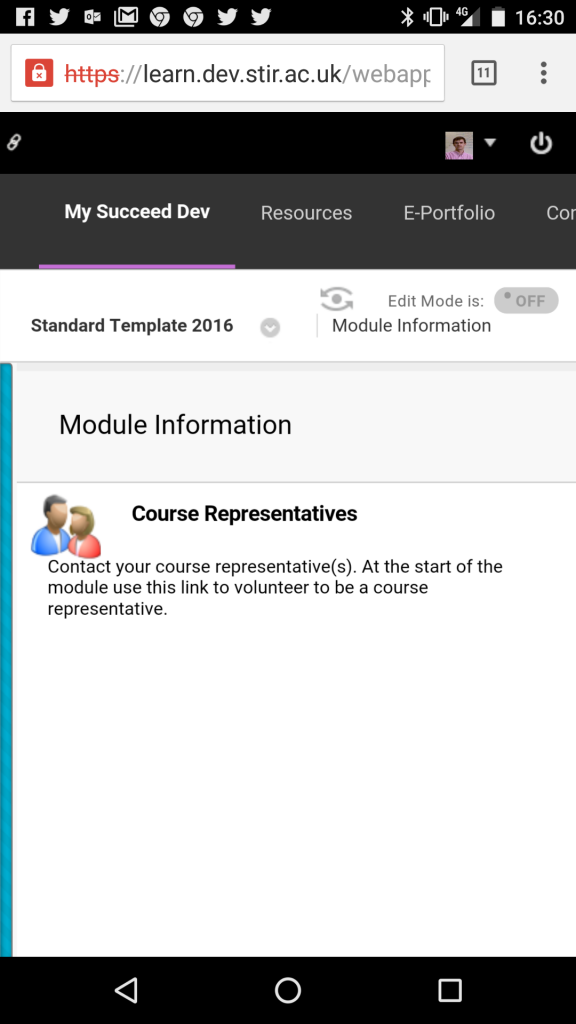 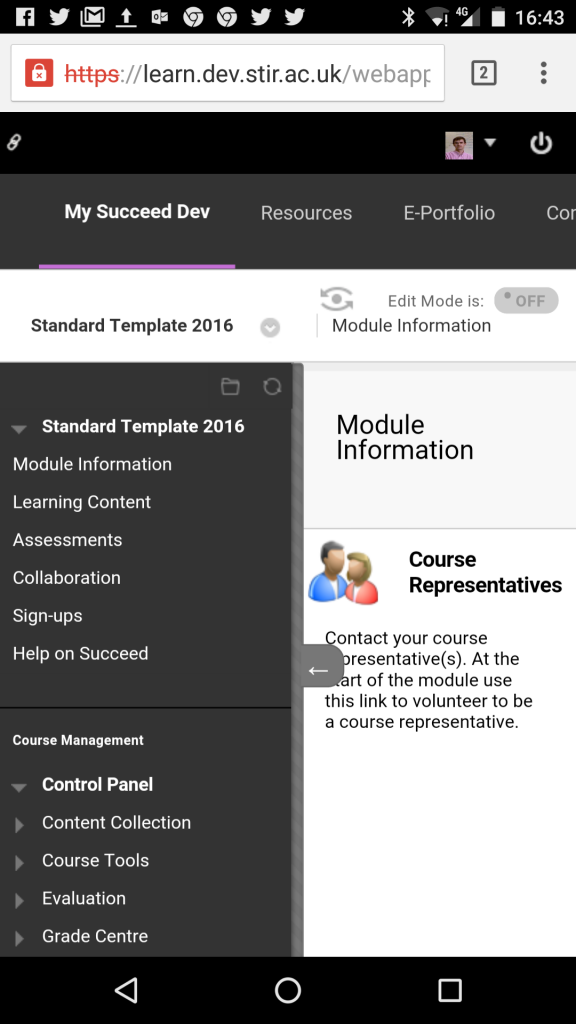 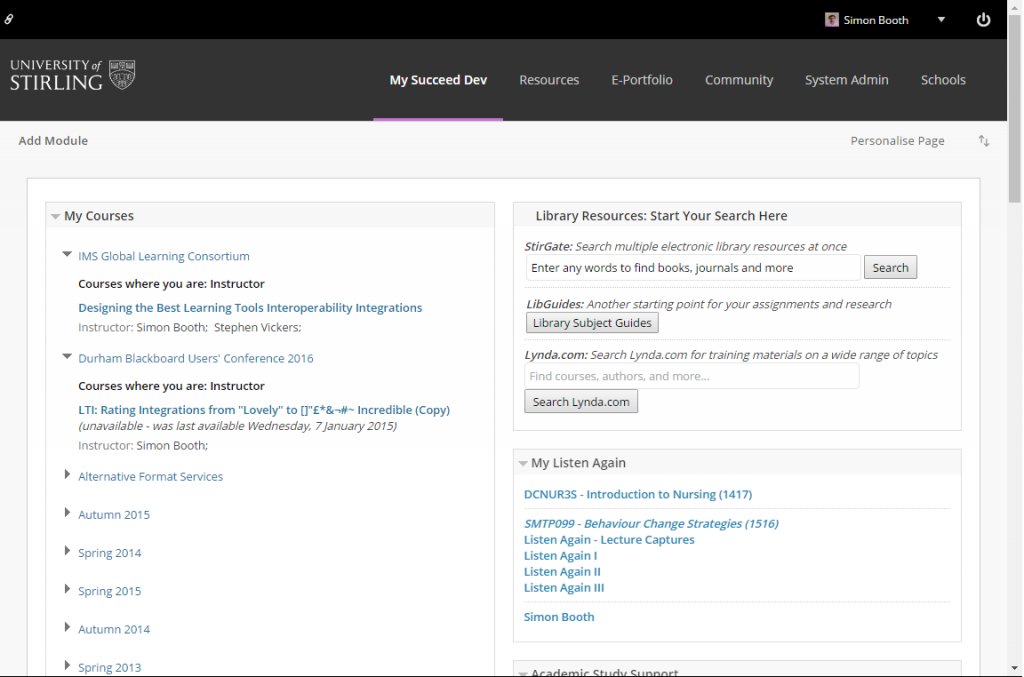 You may have spotted that the Resource List links disappeared from all the modules you are taking as a student or looking after as a member of staff. The cause we know was an update to the underlying tool in Succeed which links the Succeed module  to the corresponding Resource List but why this happened we do not understand. We are working with the providers of Succeed (Blackboard) to understand the causes so that it can be avoided in the future.

In the meantime, we have developed some software to add the links back into modules and was run in this morning (Friday 10th June) and so the links are now back. The one item that can not be guaranteed is placing the links back in the same position in the left-hand menu but it will be there.

ActiveMQ is a background process in Succeed that keeps the peace between the three servers that form the Succeed application cluster — there is a load-balancer in front of the application servers and database behind them. The role of ActiveMQ is to manage the communications between the three application servers (these are the machines you actually connect to when using the Succeed). ActiveMQ can be a tricky process to manage and most Succeed (Blackboard) admins have some experience of it not working correctly!

When ActiveMQ is not working correctly various bits of the admin console stop working but most importantly the process that uploads students into modules can stop working — that is where we are at the present time. Other user features such as Item Analysis of quizzes also stop working.

Students are uploaded into their modules starting at 7.05am and so ActiveMQ needs to be fixed well before 7.05am (as other processes that also use ActiveMQ run prior to that).

We are offering two Introduction to Succeed training sessions for staff in August and September.

The sessions will cover the basics you need to get started with Succeed (adding files, content folders, Turnitin, Announcements and adaptive release amongst other materials) as well as an understanding of the tools available to support eLearning at Stirling.

The dates and times are:

They will both take place in Training Room 2 (Library, level 4).

To sign-up, go into Succeed and then to Learning and Development – My Learning, IT & Information Skills, Succeed Training.

If you have any questions please email Kirsteen Young.

Open Badges provide a way to earn, issue and share achievements across the web and represent a paradigm shift in how and what we recognise in terms or a person’s ability. They can help people to evidence their skills, personal attributes and interests and are being issued by employers as well as educational institutions to link people to employment, apprenticeships and further learning. There have been a number of developments recently in the Open Badges sphere, both to the Open Badge specification and around uptake.

Grainne Hamilton will discuss these, highlight some current projects and developments in industry, further and higher education and share some of the thinking influencing technical developments at DigitalMe.

We plan to upgrade Succeed to the latest release (October 2014) on August 1st. There are two reasons that we wish to upgrade:

(ii) In the short-term, Blackboard have changed their release process away from two major releases a year (April/October) to one of smaller incremental upgrades and only the October 2014 release gets these, as say are called, cumulative updates. Thus we’ll be in a position to install security fixes, if needed, and add new functionality, if required.

Blackboard intend to return to their bi-annual release policy in April 2016.

The good news about October 2014 is that it is primarily a bug fix release and does not introduce a host of new features or modified workflows. Thus both staff and students should find that nothing or very little changes with the upgrade.

As we are upgrading both Succeed and the underlying database we expect Succeed to be down for the majority of 1st August (9am – 5pm). Obviously let us know if this date causes issues with planned activities.

If you use the Google Chrome browser and have recently experienced some features stopping working properly then this posting may be relevant to you. From Chrome version 42 onwards Google have stopped supporting a plugin protocol called NPAPI (Netscape Plugin Application Programming Interface). This plugin is used to make the following items launch or work from within Chrome:

It’s the last one of these which could prove most problematic, the file drag and drop into Succeed.

You can temporarily turn the NPAPI plugin back on, but by the time Chrome has received version 45 (September 2015) this option will itself be disabled. We were hoping by then that Blackboard would have handled this issue with an alternative solution so files may be dragged and dropped into the file store in Succeed, but this is only being indicated as being fixed in a ‘Future Release’ of the VLE.

To turn the NPAPI plug in back on temporarily until September 2015, open a Chrome session and input in to the address bar:

This will open a page showing the NPAPI plugin option. Click Enable under the NPAPI option, then restart Chrome to allow this plugin to work for another couple of months.

After September 2015, if there’s no solution in place from Blackboard all we can recommend for the dragging and dropping of multiple files to upload into Succeed is to use another browser (preferably Internet Explorer 11, as Firefox will also be subject to the NPAPI plugin being turned off in the future, though not as soon as September 2015) .